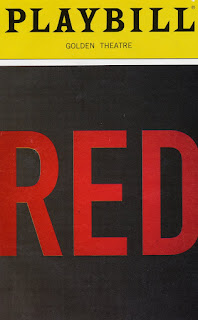 Looking for a must-see play in New York?  "RED" is the one. Starring Alfred Molina as Mark Rothko, written by John Logan and directed by Michael Grandage, it's one of the two theatrical works we've seen that brilliantly explores creativity in the visual arts, the evolving of art, and the angst of the artist. (The other is "Sunday in the Park" by Sondheim and Lapine, a musical about Georges Seurat.)  "RED" focuses on a specific issue that Rothko agonized over -- whether to fulfill a multiple-painting commission by the Four Seasons restaurant in New York.  This dilemma for Rothko serves as a platform to explore broader issues that he and all artists have always faced. "RED" is a play that combines first-class acting, writing and direction -- you can't ask for more than that.
RORY STEWART RUNS FOR OFFICE
This remarkable 37-year-old person, who has walked across Afghanistan, spent time in the foreign service, governed an Iraqi province, run an NGO in Kabul, served in the British Army's Black Watch regiment, written two books, produced a BBC documentary on Lawrence of Arabia, and held a professorship at Harvard, is now actively campaigning for the MP seat in Penrith and the Border (northwestern England).  It amuses me to see photos of this erstwhile international star now in the hustings talking (and listening) to farmers and pensioners about their parochial issues. 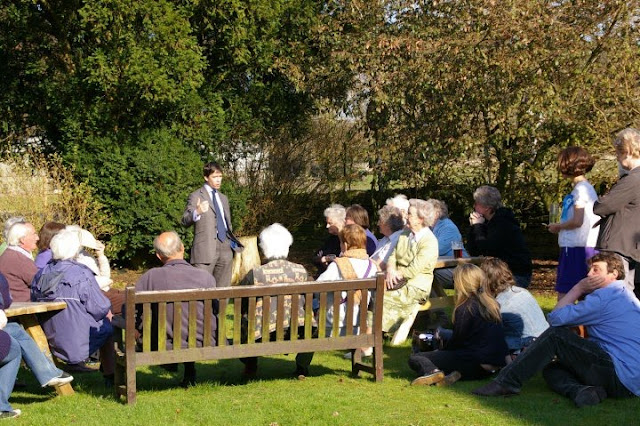 The election has been called for May 6.  Penrith is a safe Tory seat, so whatever happens to the Conservatives nationally -- whether the party can snatch defeat from onetime certain victory -- it's a pretty sure bet that this wunderkind will enter Parliament next month and become a force in British politics.

I'VE BEEN THROWN OUT OF BETTER PLACES
Imagine my surprise.  Last week, Donna and I were dinner guests at the Opera Club in the Metropolitan Opera House, with Tosca to follow.  We were all dressed up in formal attire (as is required by the club). Upon arriving at the club on the dress-circle level, we  were greeted by the maître d' with this gracious declaration to me:  "You cannot dine here unless you take off your waistcoat. You must take it off." Why, I asked?  "Because it has color."  "You're joking, I said."  He wasn't.


Now, I'm pretty proud of my waistcoat collection.  Vests are one of the few opportunities for a man to dress formally and yet add a subtle individual touch.  But not at the Opera Club.  Black and white only!  Absolutely no color allowed. 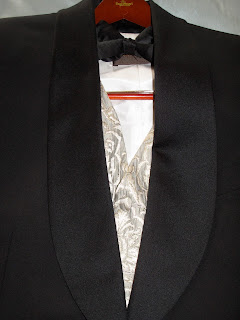 Yes, my waistcoat did indeed have color -- see photo.  I violated the high aesthetic standard of the Opera Club.


So we reached a stand-off.  I wouldn't remove my waistcoat, and this officious maître d' wouldn't let me in.  (His tux, by the way, was properly 100% black and white.)


Resolution?  We ditched the Opera Club all went instead to the Grand Tier restaurant, where, even though completely booked, the refreshingly gracious maître d' found a table for our party, and, as they say, a delightful meal was had by all.


And as to Tosca?  This new production, which opened in the fall, was excoriated by the critics.  In the performance we saw last week, there was a new cast, but pretty much the same maligned staging as earlier in the season.  Guess what?  It was fine.  Even more than fine. The cast was top-notch:  the versatile Patricia Racette as Tosca, the rising star tenor Jonas Kaufmann as Cavaradossi, and bass-baritone Bryn Terfel as Scarpia -- a meaner, more villainous Scarpia you'll never see.  These singers, along with some pretty good music to work with by Puccini, made us not only love the performance but forget about some earlier unpleasantness.


ON WINE REVIEWING
Robert Parker makes a good living from the wine industry, with the Wine Advocate newsletter, his 100-point rating system, books, columns, lectures, consulting, et al.  What he doesn't make is good sense.  At least to me.


He used to have a column in BusinessWeek, but it hasn't appeared for a while. (Wonder why?) I went back to some of his old BW columns to remind me of how obtuse his wine reviews actually were.  Admittedly, it's not easy for anyone to describe the taste of wine in words, and to differentiate among the thousands of different varieties and vintages.  And no one will pay you for writing that "this wine tastes good, that one is really good, that other one not so good..."  You need a gimmick.


Parker has a gimmick -- a vocabulary that is mind-boggling in its pretentious obscurity.  What in the world is he talking about?  To illustrate, I've plucked some descriptive words (from hundreds) that appear in his columns, words that purportedly are there to help the reader discern the taste of wines:
Crushed rock
Damp forest
Forest floor
Guava
Leather
Lemon oil
Marmalade
Menthol
Mineral
Nectarine
Pencil lead (I kid you not)
Pie-crust
Smoke
Steak tartare
Underbrush
Wax
Wheat thins
"Hey, Mr. Sommelier.  I'd like to order a bottle of wine with, say, a hint of pencil lead, a trace of forest floor, and a suggestion of steak tartare?  But please, no crushed rock today -- I just came from the dentist."
MY FAVORITE FINANCIAL CRISIS PICTURE

Former Treasury Secretary, former Citigroup Chairman of the Executive Committee, former Goldman Sachs Co-Chairman, former Master of the Universe, photographed recently testifying before Congress, responding to the question: "Mr. Rubin, how do  you explain the reasons for the financial crisis?"
ON TALENT
Some are blessed at birth with talent:
Mozart - music
Picasso - art
Shakespeare - writing
And then there are those of us who are born with ridiculous talents.  For instance, the ability to balance just about anything on one's nose or chin.  This, by the way, is a talent that has absolutely no known utility. 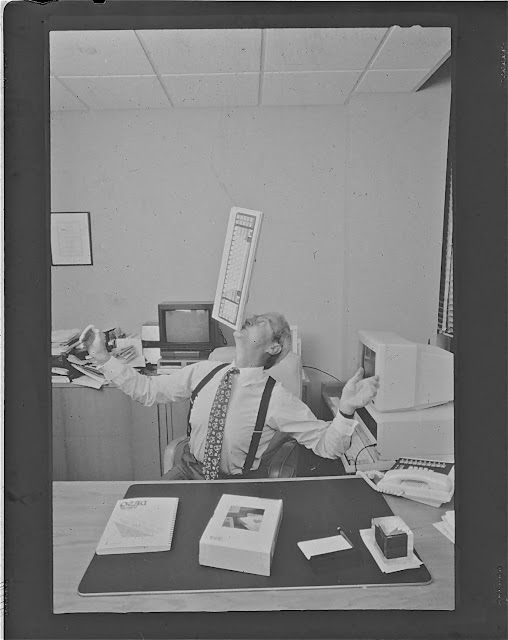 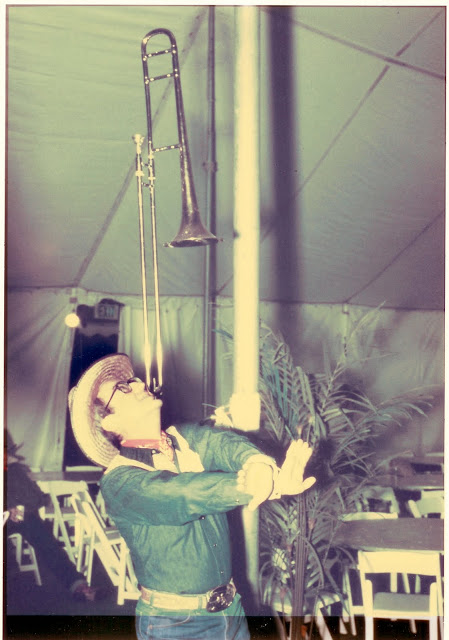 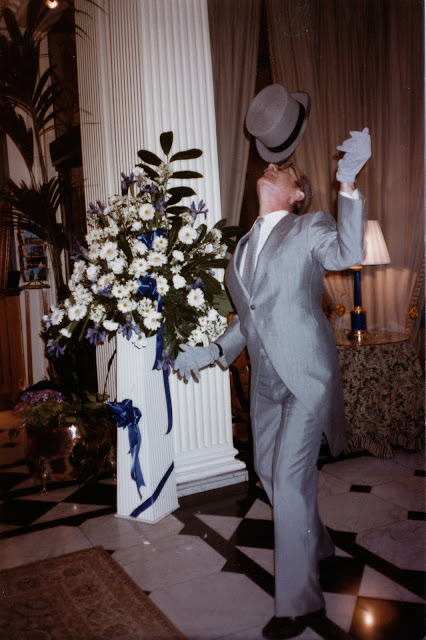 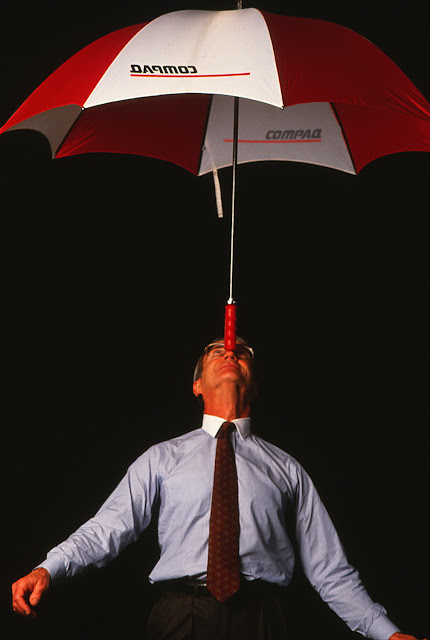 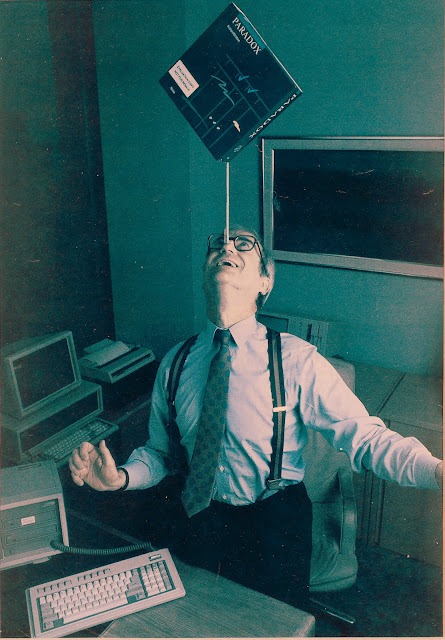 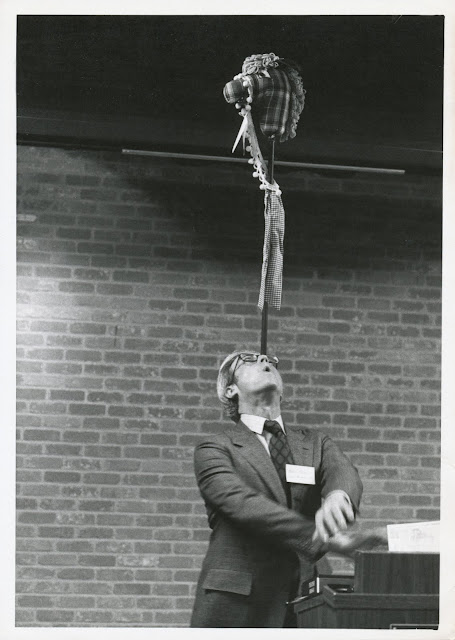 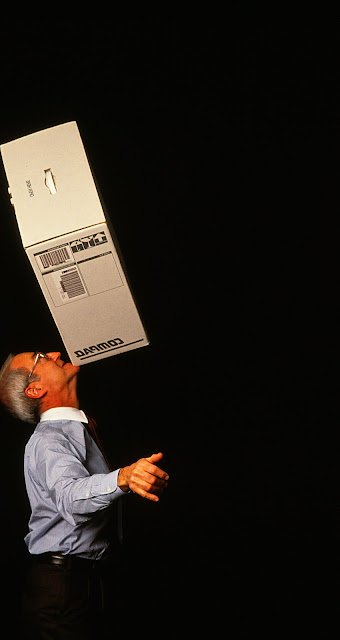 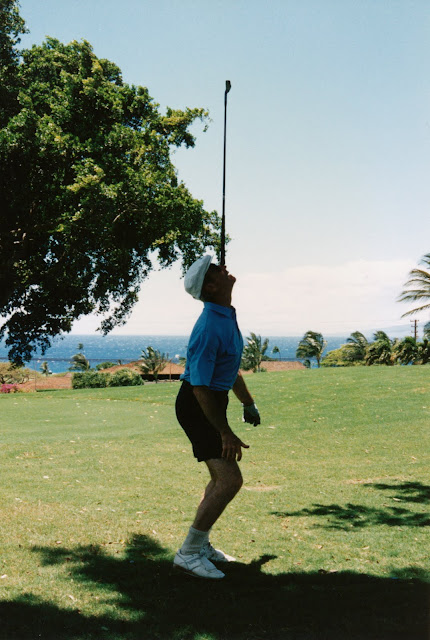 A few days ago, I posted my impressions of the iPad.  Many of you responded, either in the “Comments” link at the end of the post or via emails to me. Here are some of those responses, group into Enthusiastic, In The Middle, and Unenthusiastic For Now.  Overall, a lot of enthusiasm, along with a fair amount of skepticism.

ENTHUSIASTIC
Rod Canion, Founder, Compaq Computer:
I am typing this email on my iPad with the keyboard dock. While I believe the iPad will be viewed as a successful product, I think the initial surge in buyers will be followed by a slower period while people figure it out and developers come up with new apps that take advantage of the larger screen.
My belief is that bringing the iPhone platform to the iPad form factor is the seed from which a new industry will grow. I believe that in the future people will access and use Internet services primarily through an iPad type device. The iPhone type device will continue to evolve as a companion product, with the advantage of portability but limited by screen size. This should be an interesting time in technology.
Scott Cutler, Professor, Rice University:
I got a full week out of [my daughter’s] iPad and absolutely loved it.  It was great for email while not at my computer and became a preferred way to surf the net.  The picture application is better than anything I have seen for showing photos.
And for me, I chose to wait for the iPad 3G as that solution has benefits over the Wi-Fi only version.
But for me, the killer app is just placing one all over my house.  It is a phenomenal private airplane companion storing all the backup charts and manuals in PDF form.  It can control my wine cellar.  And I hope I can adapt it to control the three HD cameras I use for the chamber music concerts I hold in my house
In any event, I have two weeks to wait for my iPad 3G to arrive.  I am suffering severe iPad withdrawal.
Peter Norton, THE Peter Norton:
We haven't gotten our iPads yet (waiting for the 3G version) but I'm convinced that I need it and will love it. For me it will be an e-mail and Internet appliance whose screen size makes it what the iPhone can't be -- really usable.
Bill Gross, Idealab CEO:
I LOVE my iPad so far. Well, it WAS my iPad.  I showed my wife how great the book reader was, and she stole MY iPad and now it’s hers, while she ordered me a new one. 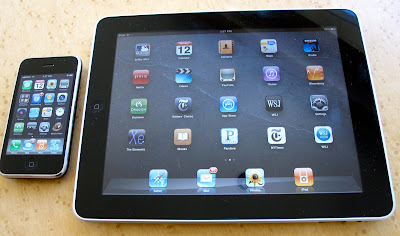 Here’s my take:
First off, I couldn’t wait to receive it.  I counted down the days after being apprised by Apple that the iPad would be shipped for arrival Saturday, April 3, at our home.  The UPS tracking info, which I checked every day, showed the origin scan in Shenzhen, China, on Tuesday, March 30; Hong Kong on Friday; Anchorage on Thursday (amazing how it arrived the day before it left); Louisville on Friday; Newark 6:55am Saturday; and finally, delivery to my New York City apartment a few hours later.  A logistics triumph.
The iPad is the essence of elegance, in the best Apple tradition.  Incomparable industrial design. It executes its functions beautifully.  The hardware-software interface is seamless. Looking at it, touching it, using it – they’re all pleasures.
I’ve now had it for ten days.  It does everything as advertised.  It’s a barrel of fun to play with.  But it turns out that my main use for it after a week and a half is… to demo it to others.  And I must say, the iPad gives good demo.
But I’m hard pressed to come up with a need for me that it fulfills.  Its utility lies somewhere in that zone between the smart phone and the computer.  When at home/office, I use the computer.  When on the go, it’s the iPhone, always there, hidden unobtrusively in a pocket.  I’ve also been schlepping around the iPad, but it’s a far sight less convenient to carry.
My guess is that the iPad will eventually create its own need, emulating the path that the personal computer followed.  In the late 1970s, when I was a Wall St. technology analyst, I occupied part of my time as a self-anointed PC evangelist.  I tried to convince institutional investors that the PC would graduate from its then role of glorified hobbyist tool and game platform to something much bigger and more important.  But my argument was pooh-poohed, that is, until the first mainstream business application was introduced in 1979 with a capability that could not then be performed on a mainframe or minicomputer --the VisiCalc spreadsheet.  The floodgates opened.  PC sales took off.  The rest, as they say, is history.
Perhaps Apple or third parties will develop such a killer app for the iPad.  An app that smart phones or laptop computers can’t do.  An app that will make this new form factor a megahit, a category creator. Some maintain that just having a larger screen for reading books and periodicals will suffice, along with offering a better movie/video/photo experience. And clearly, that could be a huge market.
BTW, the iBooks reader app is pretty impressive.  It blows away the Kindle’s lousy contrast black-on-gray display with a brilliant high-contrast and large color display.  And all the other reading functions are superior – page-turning, search, navigation, graphics -- and deftly implemented.  But in the last week, having read one book on the iPad and one in the old-fashioned tree-based implementation, the latter wins.   A conventional book is easier to hold and is lighter.  It’s a 500-year-old invention that still has legs. Of course, I cannot speak for the entire target audience.  After all, septuagenarians are probably not really in the marketer’s crosshairs.
Meanwhile, carloads of new iPad-specific apps are being made available daily, and the 150,000-plus existing iPhone apps can be accessed by the iPad, though most of the latter are not iPad-optimized.
Is there a killer app in the crowd?  TBD.
Meanwhile, want an iPad demo?
Posted by Ben at 7:11 PM 50 comments: