10 Things I Think I Think

(I think I'm stealing the title from Peter King, the excellent NFL sportswriter for Sports Illustrated. His weekly column, Monday Morning Quarterback, is a must read for football nuts. One feature of MMQ is “10 Things I Think I Think,” which I think I have appropriated. I hope that my mentioning his column and furnishing the link offsets my brazen theft.)

1.  I think that the next important election after today's in Massachusetts is the mayoral election on February 6 in New Orleans. Many of you already have February 7 marked on your calendar as the date of the Super Bowl. But as much as residents and ex-pats hold dear the Saints, the city’s real Super Bowl will be fought a day earlier. After eight years of Ray Nagin’s administration (he’s termed out), a new mayor will be elected on February 6. (If no one receives a majority, a runoff will be held between the top two finishers 30 days later.)

Even before Katrina, New Orleans was suffering. A major cause of so many of the city's problems has been the incompetent and often crooked leadership at the local and state levels. This unfortunate tradition was initiated in the early 1930s by Huey Long. Many disciples and wannabes in the subsequent 80 years have perfected it.

The good news for New Orleans is that the time is now ripe to change its attitudes of victimization (the storm did it), impotence (we can’t change the political system), and despair (it’ll never get better). Time to change from laissez les bon temps rouler to make the good times happen.

It’s now February 7. A new mayor is elected (maybe a good guy?). A new Super Bowl champion is crowned (maybe the Saints?). Who knows? As Rick said at the end of Casablanca, "I think this is the beginning of a beautiful friendship."

2.  I think I know why go to the opera. In recent months, Donna and I have begun to make up for the time we missed during the first half of the Met Opera season. Three productions of the six we have seen recently stand out: Il Trittico, The Tales of Hoffmann, and Carmen. The latter two are new productions this season; Il Trittico was revamped a couple of years ago.

All three share wonderful singing, engaging stories, and first-rate staging. Much of the staging improvements stem from the Met’s recent policy of engaging theatrical directors to rejuvenate the repertory. Il Trittico was reconceived by Jack O'Brien (Henry IV, Hairspray); The Tales of Hoffmann by Bartlett Sher (The Light in the Piazza, South Pacific); and Carmen by Richard Eyre (former UK National Theatre director, Mary Poppins).

3.  I think I’d like to ask the question, What If? A few years ago, I read a fascinating book entitled, What If? Historians were invited to write essays on what-if scenarios: What if Robert E. Lee humbled the Union? What if the Spanish Armada triumphed? What if Napoleon won at Waterloo?

I'm still skeptical about the rationale for the banking bailouts. We were emphatically warned by our financial leaders that unless these inefficient, incompetently managed, too-big-to-fail banks -- many of which bore responsibility for the economic collapse -- were infused with hundreds of billions of dollars of taxpayer money, it would absolutely -- no doubt on their parts -- result in a new great depression and the end of the world as we know it.

I'm skeptical of their absolute assuredness.  These people who in late 2008 and early 2009 forecast these visions of total gloom and doom -- the Geithners and Summers and Paulsons of the world -- were the very same people who in mid-2007 were offering these rosy-scenario forecasts:

“…There has been a marked improvement in global economic performance, with strong growth, relatively low inflation, and less volatility in both growth and inflation. This seems to have reduced concern about future fundamental risk, in terms of the potential damage of future shocks and in the ability of governments and central banks to both avoid the policy errors of the past and to competently manage some daunting longer–term policy challenges…

“These changes in economic conditions reinforce each other. The long period of relative economic and financial stability has reinforced expectations of future stability, reducing implied volatility and risk premia, increasing comfort with higher leverage, and encouraging flows of capital into riskier assets…

“The dramatic changes we’ve seen in the structure of financial markets over the past decade and more seem likely to have reduced this vulnerability. The larger global financial institutions are generally stronger in terms of capital relative to risk…”

So I ask, why should I believe that their 2008-09 forecasts were right any more than I should trust those 100%-wrong forecasts they made in 2007? The one phrase sticking in my mind that best characterizes our financial leaders’ soothsaying ability is that of screenwriter William Goldman (who was referring to those running Hollywood): Nobody knows anything.

4.  I think I know why I feel conflicted about the NFL playoffs. The Saints are my hometown team, the Jets are my local team, the Colts quarterback Peyton Manning and I went to the same high school (in New Orleans), and the Vikings quarterback is almost as old as I am. Actually, I'm not conflicted. I can't imagine anyone not cheering for the Saints -- the hard luck team of a hard luck city. So that's why Mardi Gras, listed on calendars as falling February 16, instead will come nine days early this year – Feb. 7.

5.  I think I know why I continue to be dumbfounded by NFL owners’ disdain for their fans. They ask their fans to pay thousands of dollars for seat licenses in order to pay thousands of dollars more for actual seats. They demand taxpayers to subsidize building construction. And then, in one case, they build a $1.6 billion stadium (Giants/Jets) with no roof – either fixed or retractable! Is it a mystery why more of us choose to avoid traffic jams, cold weather, raucous crowds, and all the other costs and indignities associated with attending a game in person? Instead, we’re lounging comfortably at home, watching HDTV telecasts with drink and remote in hand.

What’s that Aesop fable about the goose that laid the golden eggs?

6.  I think we are not returning to Pyongyang in April. Two years ago, Donna and I traveled there as part of a New York Philharmonic group that was invited by the North Korean government. One of the highlights of the trip from the was my opportunity to get free of the tour and my ever-present minder for a couple of hours and join up with the energetic James Kim, founder and president of the Pyongyang University of Science and Technology, and to visit the campus that was then under construction. Kim, a South Korean who holds a US passport, has built a technical university, mostly privately funded, that promises to be an island of relative freedom in that most despotic and Stalinist of governments. PUST will conduct classes in English, use English textbooks, have an international faculty, and allow Internet access. There is no other place even remotely like it in North Korea. If it succeeds, could it make a difference?

A big opening ceremony is planned in April and Dr. Kim graciously invited us to attend. But having been in North Korea once, my initial reaction was, been there, done that. Why do it again? Or as expressed (in a different context) in the lyrics of a song by Stephen Sondheim, I Never Do Anything Twice:

Someone's bound to be scarred
Yes, I know that it's hard
But, no matter the price
I never do anything twice.

I subsequently received another invitation from Dr. Kim, this time to participate in a future international conference in Pyongyang at his University.

7.  I think I’ve now seen it all. Who was Shakespeare? The vast majority of Shakespearean scholars are convinced that the works attributed to Shakespeare really are written by the man from Stratford-on-Avon. But quite a few luminaries, from Sigmund Freud to Charles Dickens to Mark Twain to contemporary Shakespearean actor and director Mark Rylance believe otherwise. The leading rival to the Stratford man is the 17th Earl of Oxford, Edward de Vere. But others have their constituencies: Christopher Marlow, Francis Bacon and William Stanley, the sixth Earl of Derby. These four have been around, and debated, for centuries. Nothing new here. 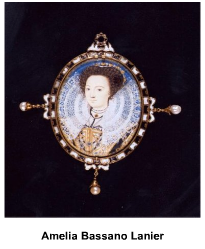 But now, another contender has entered the fray, courtesy of a recent issue of The Oxfordian. A quite offbeat contender, at that. Not only a woman, but a Jewish woman. Indeed! Amelia Bassano Lanier, born in 1569 into a family of secret Jews, became the mistress of a cousin of the Queen Elizabeth I and...

Well, if you're really interested in Amelia and how she may have authored Hamlet, King Lear, the sonnets, et al., you can read all about her here and here. 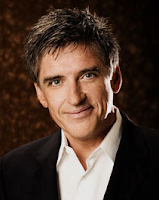 8.  I think I that I couldn’t care less about Jay Leno or Conan O'Brien. And I can’t imagine that anyone else would, other than media people who write about media people for other media people. I have to admit, though, that there is one interesting late-night personality, Craig Ferguson (left), who’s on even later (12:35 PM, after Letterman). Scottish born, Ferguson is wacky, irreverent, quick, and amusing (to us, anyway). And if you're like us, the only way you'll ever see him (and the only way we watch anything) is via DVR.

9.  I think I'm confused about what's PC and what's not. I understand and accept that there are no waitresses anymore, just servers. No more stewardesses, just flight attendants. And no actresses, just actors. At least, judging by those female performers in the theater whom we know, they all refer to themselves as actors. Fine. Except now it’s awards season in Hollywood.  And what do we find? The last bastion of acceptable -- indeed, necessary -- use of the word actress.

“And now, the award for Best Actress goes to…”

10.  I think one of the more fascinating visual websites is this one about snowflakes, posted by Kenneth Libbrecht, a Caltech physics professor. More than you would ever want to know about snowflakes. I mean, everything about snowflakes. And with remarkable snowflake photos.
Posted by Ben at 5:37 PM